﻿ Speeding Towards Adventures: 25 Years of Sonic the Hedgehog | OC ReMix 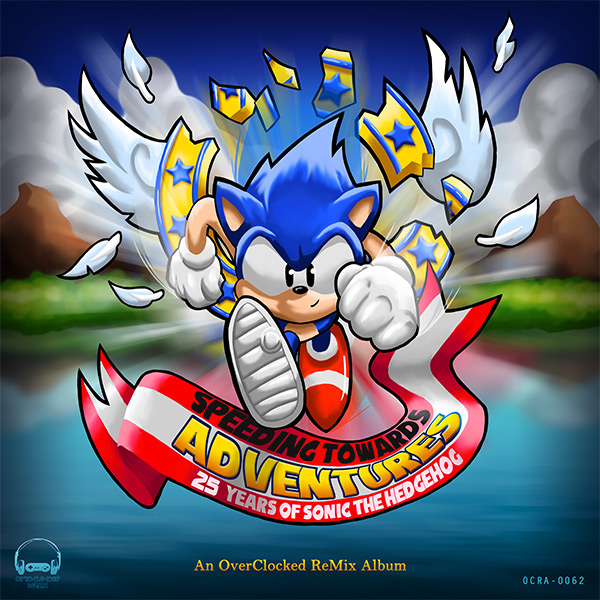 Sonic has always been my favorite video game series. It has always meant a lot to me. The fast-paced addictive gameplay, vivid stages, and, of course, catchy music made my first experience of diving into the Sonic universe one of the most important events of my childhood. Then I started to learn more and more about Sonic the Hedgehog games. They were all amazing to explore, but the music remained the most memorable part of this entertainment. A few years later I started to look for the soundtracks on the Internet and downloaded almost every album existing at that time. I was listening to them on a daily basis, and I was listening to nothing but this music - that's how obsessed I was with it!

In the middle of 2012 I came across a remix of the Special Stage theme from S3&K - Red Sphere, Blue Sphere" by Ben Briggs. Apparently I had to head over to the Project Chaos website, grab the whole album and listen to it. This experience changed my life drastically - the idea of giving all-time favorite video game music a completely new life impressed me lot. I also discovered the album Temporal Duality that was in development, and ultimately that album inspired me to start this album!

My vision for this project was to be simple: I wanted to cover as many games as possible as well as to represent a variety of musical genres to represent the variety of Sonic's journeys. The project immediately started to gather attention from a lot of people. Not surprising at all, given how popular the Blue Blur is. And once I understood that I needed some help, since the project was not going fast enough. This is where I asked Jorito to step in and to direct the album along with me. From that moment the project started to develop with immense speed. I just don't have enough words to express my gratitude - he helped me so much! Also, big thanks to Odai for such vivid art, big thanks to the Sega composers, who played a big role and my life, and finally big thanks to all the musicians who contributed to this outstanding album!

Even though I have been part of this album for quite a while as a remixer, it was pretty late that I joined as an album co director. And I'm glad I did, because it was an exciting and interesting experience to witness the creation of an album from 'the other side'! Since I'm no expert on things Sonic-related, I have to give mad props to Stepan for defining the vision for the project and doing a lot of the prep work that set things in motion and Odai for really capturing the Sonicness of Sonic. I was happy to be able to contribute some of my 'get stuff done' skills, and helping guide the album and all the people who collaborated towards the final product was a blast. I'm proud of the final result and I'm sure you'll enjoy the album as much as I did!

Downloading the album using BitTorrent is the best option - it helps us save bandwidth and gives you the option of downloading MP3, lossless FLAC files, or both by selecting which files to grab in your BitTorrent client.

Founded in 1999, OverClocked ReMix is an organization dedicated to the appreciation and promotion of video game music as an art form. Its primary focus is ocremix.org, a website featuring thousands of free fan arrangements, information on game music and composers, resources for aspiring artists, and a thriving community of video game music fans.